Directed mutation is a proposed process that allows mutations to occur at higher frequencies when they are beneficial than when detrimental (Saier et al, 2017). Until recently, the existence of such a process has been controversial. However, we have described a novel mechanism of directed mutation mediated by the transposon, insertional element (IS)5 in Escherichia coli.  An insertional sequence (IS) is a classification of genetic sequences that can be removed from one section of a genome and inserted into another.  A transposon, such as IS1, IS3 or IS5, is an insertional sequence that encodes its own transposase, an enzyme that excises its own coding gene from the genome and inserts it elsewhere.  These insertional movements can cause gene silencing and/or silencing or activation of some operons and even entire pathways.  We have shown that transposons can be utilized by E. coli to improve their fitness under selective pressure.

E. coli lacking crp are unable to utilize glycerol as a sole carbon source since the glycerol uptake operon glpFK (TCID: 1.A.8.1.1) is dependent on expression of crp (Zhang & Saier, 2009).  crp deletion mutants mutate specifically to glycerol utilization (Glp+) at rates that are enhanced by glycerol or the loss of the glycerol repressor (GlpR), depressed by glucose or glpR overexpression, and RecA-independent (Zhang & Saier, 2009). Of the four tandem GlpR binding sites (O1–O4) upstream of the glpFK operon, O4 largely controls glpFK expression while O1 primarily controls mutation rate in a process mediated by IS5 hopping to a specific site on the E. coli chromosome, upstream of the glpFK promoter. IS5 insertion into other gene activation sites is unaffected by the presence of glycerol or the loss of GlpR. The results establish an example of transposon-mediated directed mutation, identify the proteins involved and provide mechanistic insight (Zhang & Saier, 2009). 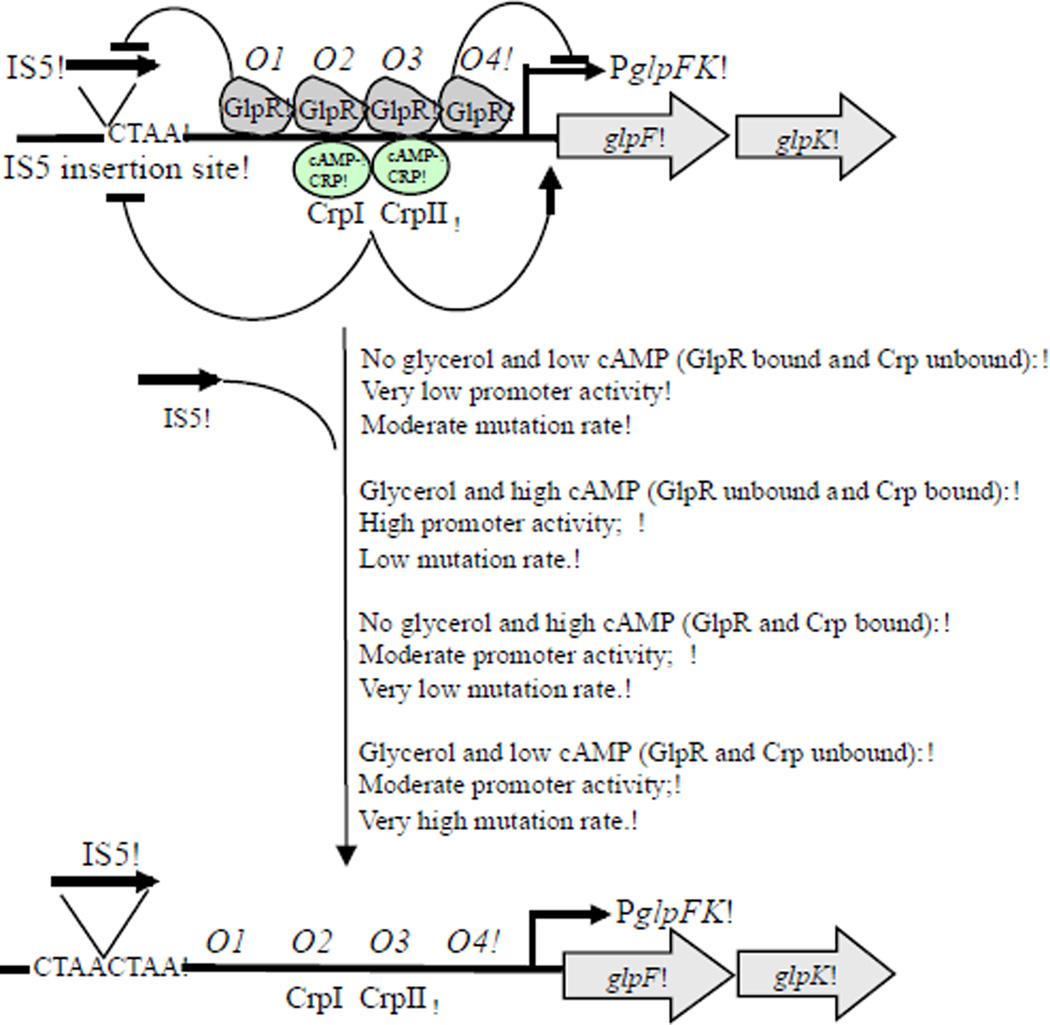 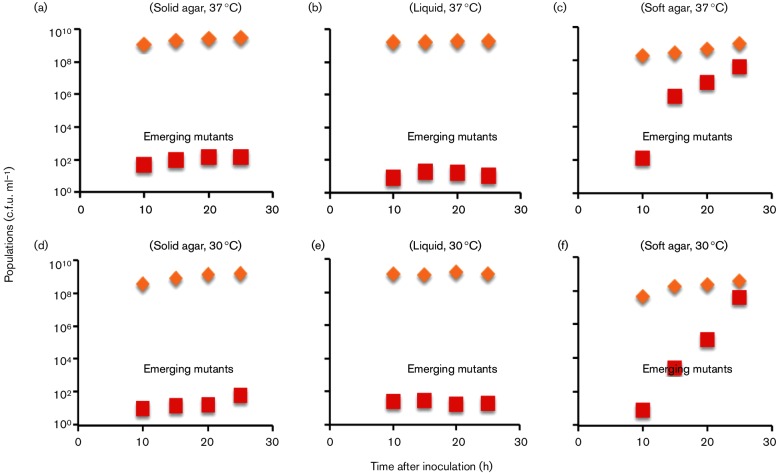 Bacterial swimming on agar surfaces can be made more or less difficult by varying the concentration of agar.  We have recently shown the flhDC flagellar master switch operon controlling motility can be upregulated through insertion of transposons increasing bacterial swimming (Zhang et al, 2017).  We showed that three IS elements, IS1, IS3 and IS5, transpose to multiple upstream sites within a 370 bp region of the flhDC operon control region.  Selective pressure provided by increasing or decreasing the concentrations of agar dramatically influences the rate of IS insertions into the flh master switch operon. 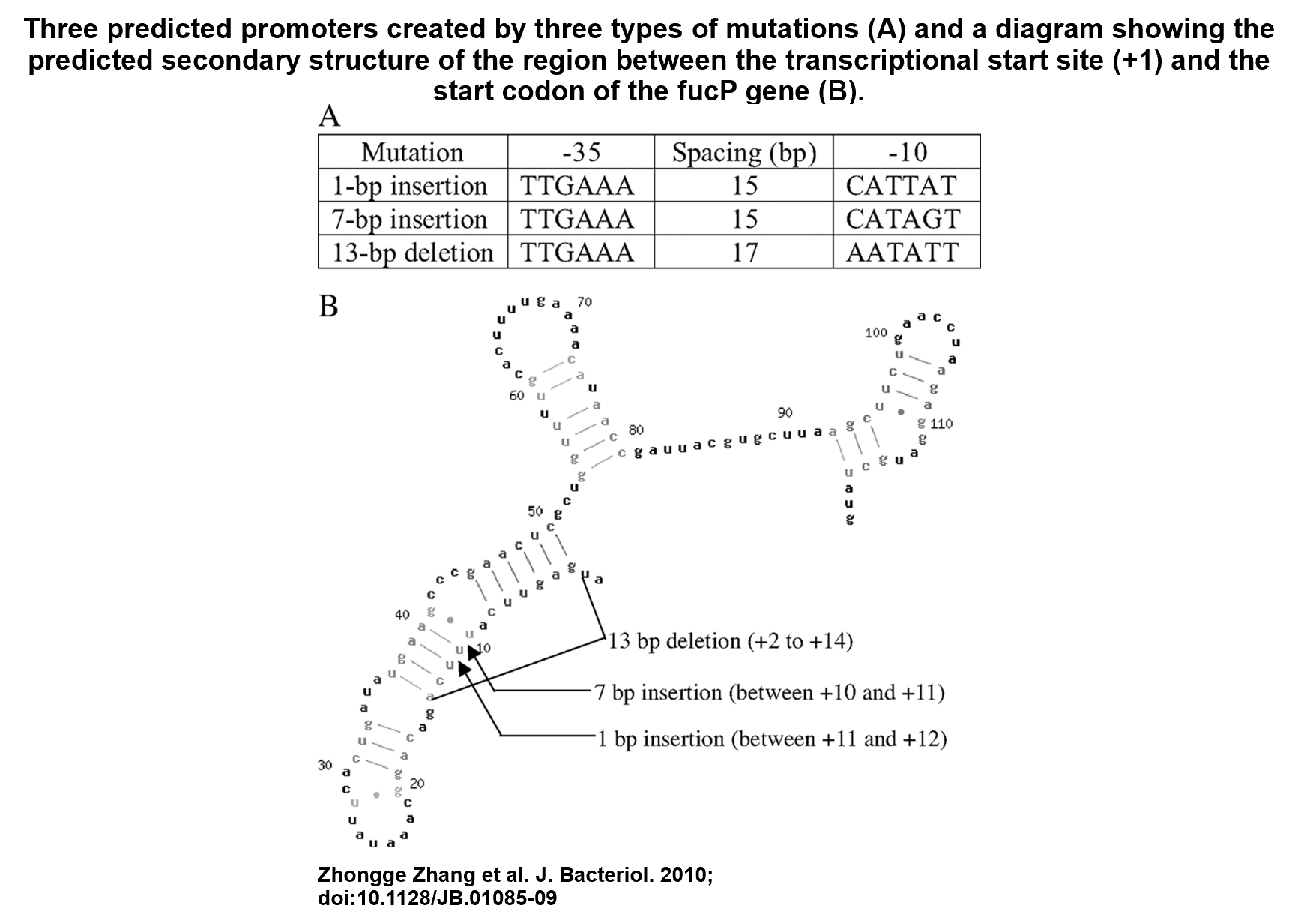